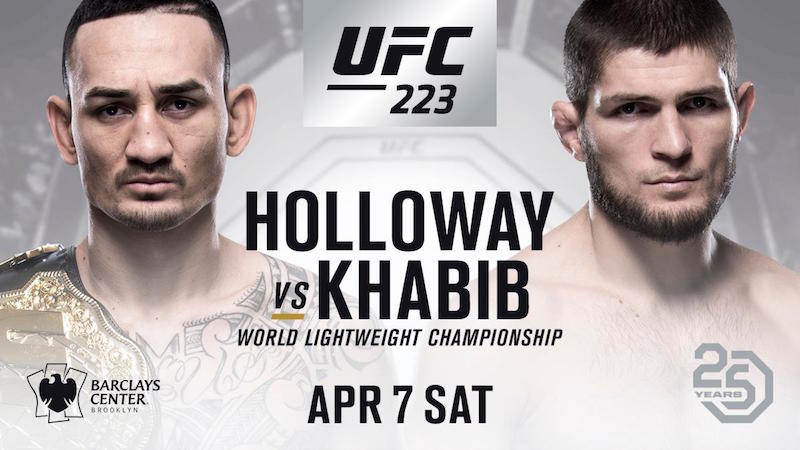 UFC featherweight champion Max Holloway has stepped in as the last minute replacement for Tony Ferguson and will now meet the undefeated Khabib Nurmagomedov for the UFC lightweight title at the UFC 223 main event at Saturday 7th April at the Barclays Center in Brooklyn, New York.

Tony Ferguson withdrew from the bout due to an LCL injury he sustained in a freak accident. The lightweight bout between Tony Ferguson and Khabib Nurmagomedov has now been scheduled and canceled four times.

Max “Blessed” Holloway (19-3) is currently riding a 12-fight winning streak in the featherweight division. The Hawaiian will have the opportunity to become the second two-divisional champion in UFC history. Holloway recently pulled out of his own title defense against Frankie Edgar at UFC 222 due to a foot injury.