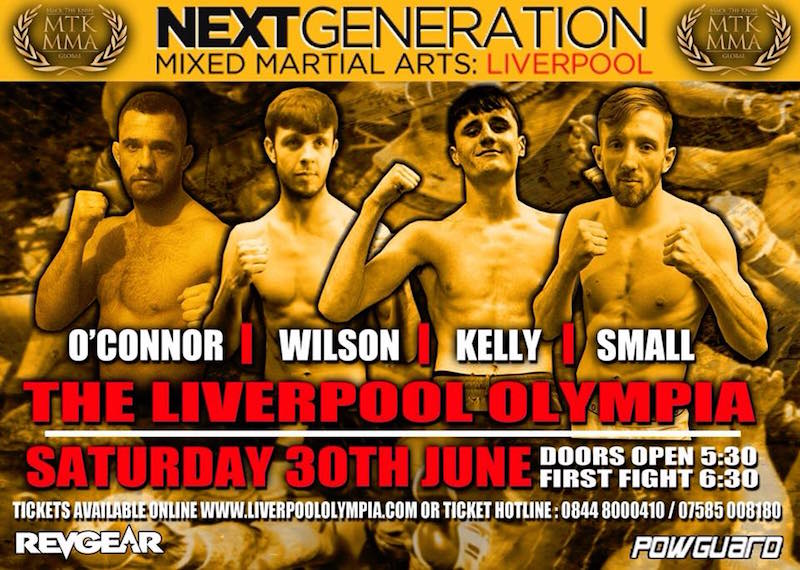 Next Generation MMA: Liverpool will feature heavily on the MTK Global MMA Liverpool card on Saturday 30th June at the Liverpool Olympia.

Anthony O’Connor (3-2) scored a first-round stoppage over Antonio Sheldon in his last bout at UK Fighting Championships 6. Antony went 2-2 as an amateur with victories over Ste Walker and Beau Gavin.

Adam Wilson (1-0) will be making an appearance on the card for his second professional bout. Wilson defeated Tom Pedreno via decision in his first professional fight at ICE FC 19 last November. Adam went 4-3 in the amateur ranks, where the majority of his wins came by submission.

Tickets are avaliable from www.liverpoololympia.com