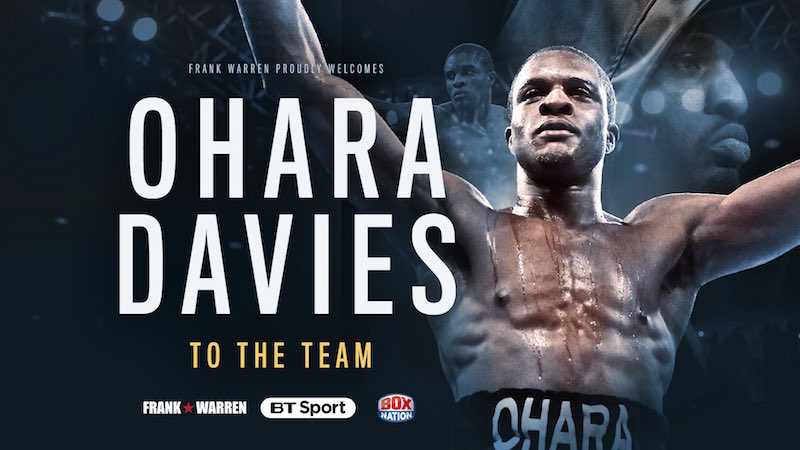 Ohara Davies has signed up with Frank Warren Promotions and will return to action on Saturday 14th April at the O2 Arena in London.

The fight card on Saturday 14th April will be headlined by the WBO world middleweight champion Billy Joe Saunders vs. Martin Murray.

.@OharaDavies: “I’m so glad to be on-board with Frank and the team at BT Sport and BoxNation. I’d like to thank Frank for this opportunity and believing in me.” pic.twitter.com/Y5Qj8trlyG