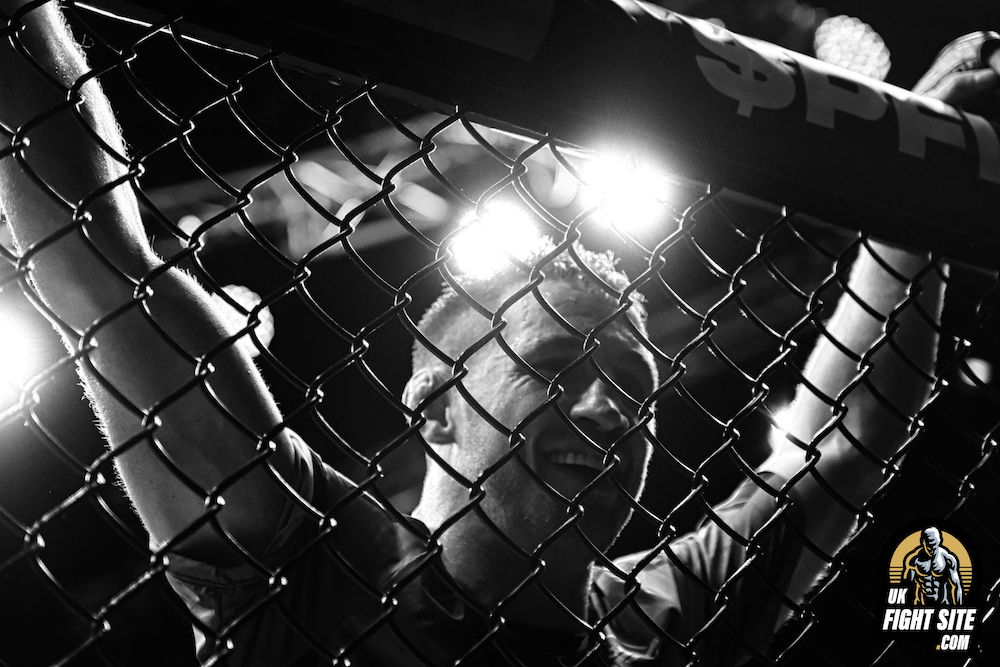 Brendan Loughnane defeated Chris Wade in their semifinal bout at the 2022 PFL Playoffs on Saturday night at the Copper Box Arena in London.

Brendan was the underdog coming into this bout but the army of Mancunians who made the trip to East London supported him every step of the way inside the SmartCage as he proved the doubters wrong and answered any questions about his wrestling.

The rivals eagerly met each other in the center of the SmartCage bypassing the time-honored touch of gloves after an intense fight week full of insults and near brawls. Wade looked comfortable and confident exchanging at close range with the British striker. Loughnane also got off to an impressive start with his slick counterpunching that kept Wade guessing. The American initiated the clinch against the cage looking for the takedown but Brendan continued to work and managed to separate from his opponent. Wade landed a great head kick and appeared to attempt a head and arm throw before ending up in Loughnane’s guard. Brendan stayed busy in the guard despite the American’s offense and managed to kick him off while returning to his feet. Back on his feet Brendan started to open up with his boxing and snapped Wade’s head back with a big left hand followed by a right to the chin. Wade shot in for the single-leg takedown but Loughnane defended well and stayed on his feet. The opening round came to an end with the Brit landing nasty calf kicks and attempting his own takedown. 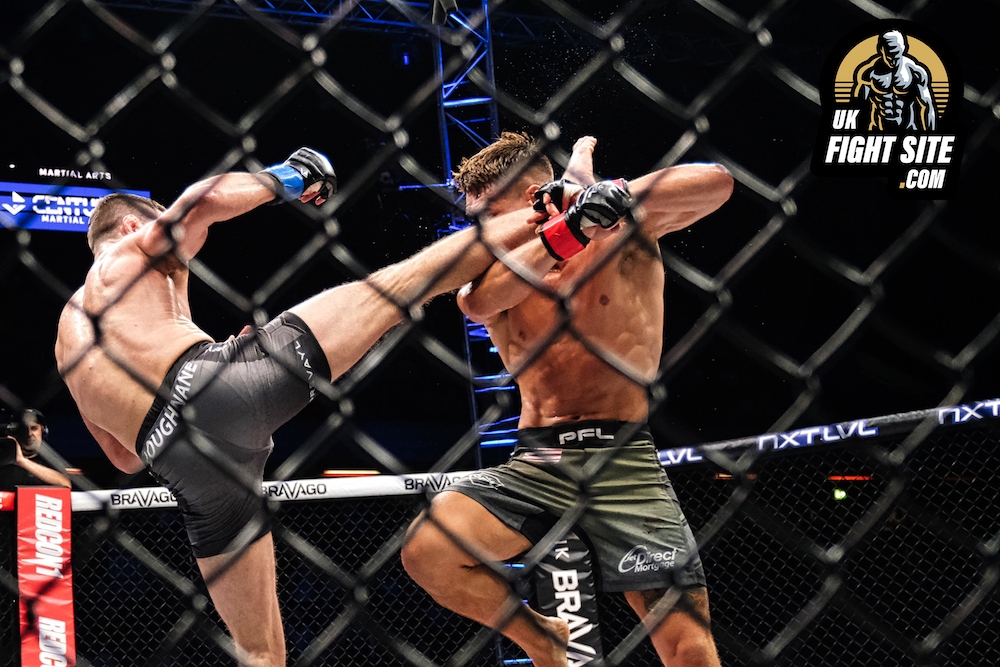 Loughnane continued to snap Wade’s head back with his spiteful jab at the beginning of the second round. Brendan landed a knee to the body but Wade responded with his own kicks to the body. The Brit managed to dodge another one of Wade’s head kicks. Loughnane continued to land nasty calf kicks making Wade switch stance in the process. Brendan scored with a head kick that sent Chris looking for the takedown after it connected. Wade landed a heavy inside leg kick late in the round but Loughnane continued to look sharp switching between southpaw and orthodox. The pair traded hook kicks as the round came to a close.

Loughnane and Wade were both showing signs of a hard battle at the start of the third and final round but both fighters still came out aggressive and looking to win. Brendan immediately returned to working the jab and Chris landed with some dirty boxing in the clinch. The American started to feint the takedown before getting rocked with a heavy right hand. Loughnane remained accurate with his strikes as the pace slowed after an eventful fight. The pair battled in the clinch against the cage as the final bell rang.

All three judges scored the fight 30-27 for Brendan Loughnane. The Mancunian improves to 24-4 and rides a three-fight winning streak into the PFL featherweight finals.

Brendan now faces the daunting task of taking on former BRAVE FC featherweight Champion Bubba “Bad Man” Jenkins in the 2022 PFL featherweight finals. Jenkins looked phenomenal earlier in the night as he tore through the tough Ryoji Kudo to get a first-round submission. 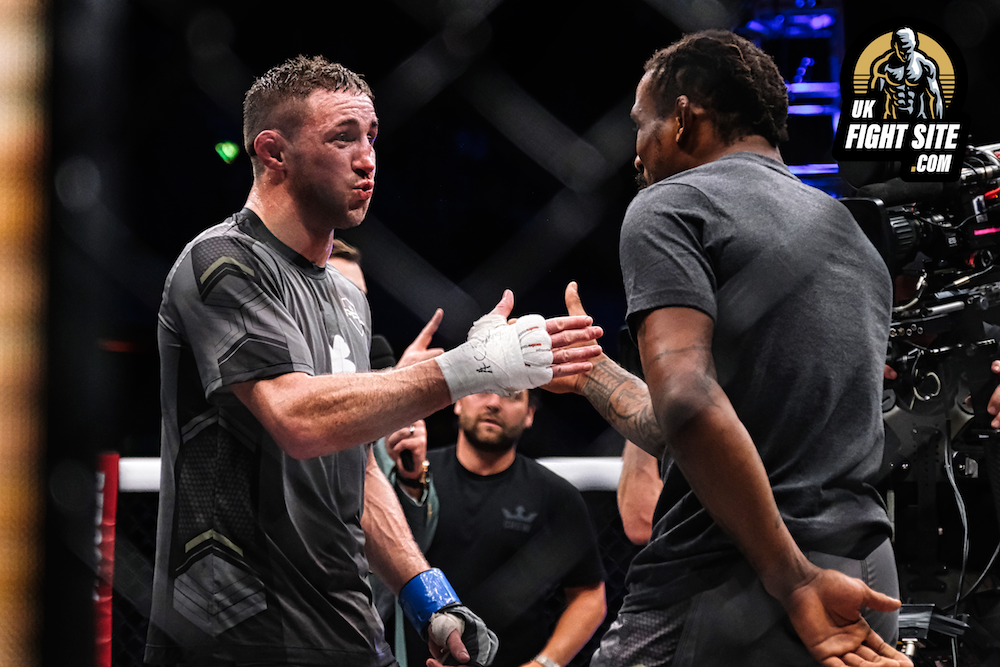 Featherweight finalist Brendan Loughnane and Bubba Jenkins greet each other in the SmartCage – Photo by Benjamin Bowles for UK Fight Site.com