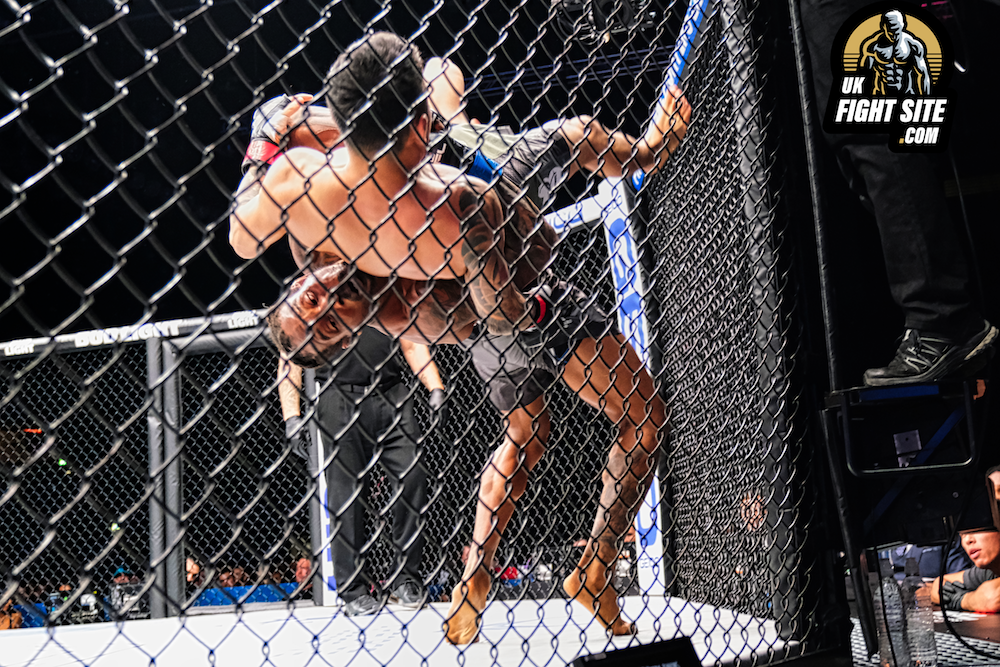 Bubba Jenkins lived up to his nickname ‘Bad Man’ at the PFL Playoffs on Saturday night when he made quick work of the tough Ryoji Kudo in the featherweight semifinals.

Jenkin took the center of the SmartCage with an attempted head kick before shooting in for the takedown. Bubba worked his way to Ryoji’s back and took him down with a massive suplex. The American channeled his inner Brock Lesnar and repeated the impressive suplex much to the crowd’s enjoyment. Jenkins continued to apply pressure by pressing the Japanese fighter against the cage before Kudo managed to reverse the position and get his back off the cage. The pair traded knees to the body along the cage but Bubba took Ryoji down again and quickly took his back and locked in the rear naked choke for the first-round submission. The submission win was the perfect follow-up to Bubba’s first fight in the Copper Box Arena in 2019 under the BRAVE FC banner where he defended his Featherweight title with a first-round TKO against Lucas Martin

Bubba Jenkins improved to 18-5 and advanced to the 2022 PFL Featherweight Finals where he will meet British star Brendan Loughnane for the $1 million prize and championship.