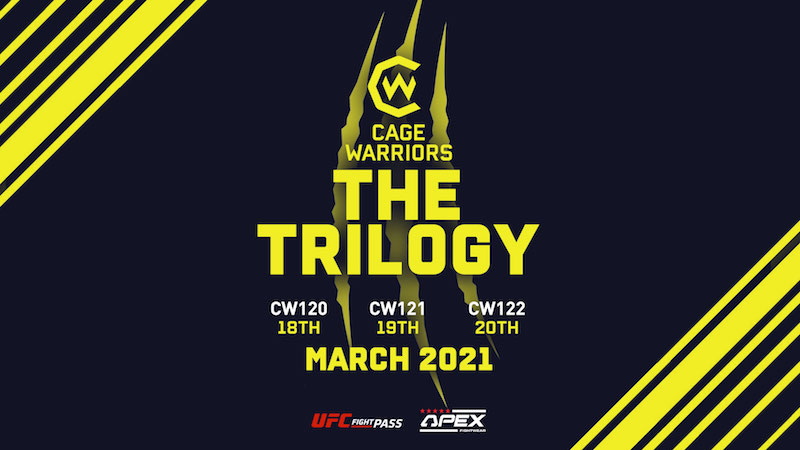 The Trilogy returns in March 2021 with fans!

Cage Warriors returns with their next Trilogy series on March 18th, 19th, and 20th next year at York Hall in the Bethnal Green, London. The promotion will be hosting a limited number of fight fans at the iconic boxing venue in London’s East End.