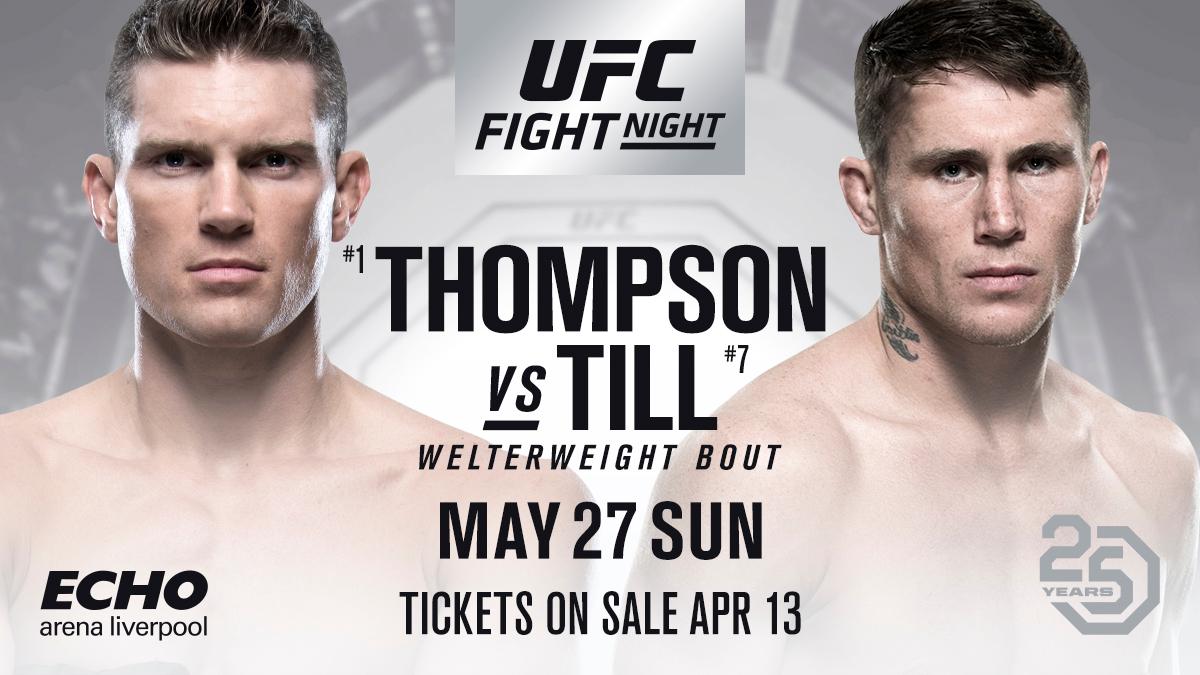 Thompson vs. Till is official for UFC Liverpool

The UFC has officially announced that Stephen “Wonderboy” Thompson vs. Darren Till will headline UFC Fight Night on Sunday 27th May at the Echo Arena in Liverpool. The bout between two of the best strikers in the welterweight division has been highly anticipated amongst fight fans.

Darren Till (16-0-1) scored the biggest win of his career when he stopped Donald “Cowboy” Cerrone in the first round at UFC Gdansk last October. The Scouser is currently ranked No. 7 in the welterweight division and a win against former title challenger Thompson will put him into title contention. The undefeated Till recently inked a management deal with boxing powerhouse MTK Global’s mixed martial arts venture MTK Global MMA.

Stephen Thompson (14-2-1) is coming off a unanimous decision win over Jorge Masvidal at UFC 217 last November. Wonderboy failed to dethrone UFC welterweight champion Tyron Woodley on two occasions. The 35-year old fought Woodley to a majority draw at UFC 205 and lost a majority decision in the rematch at UFC 209.