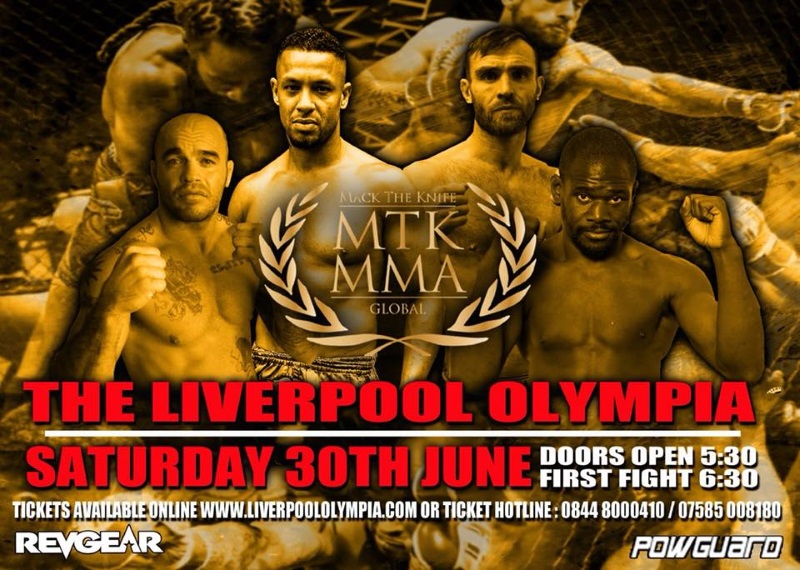 Tommy King has stepped up to face Mick “The Huyton Hammer” Stanton in the MTK Global MMA 2 main event at the Liverpool Olympia on Saturday 30th June.

Mick Stanton (3-2) was originally scheduled to face Matt Bonner in a rematch from Cage Warriors 90. Stanton took to Instagram to vent his frustrations with Bonner and his manager Chris Clarke for pulling out of the bout. The Scouser wrote, “his manager has pulled him out, they know he got lucky.”

Tommy “KO” King (1-1) made his professional MMA debut against James Reedman at BAMMA 31 last September. King stopped Reedman in the first round after catching him with a superman punch and following up with an onslaught of punches. Tommy has a kickboxing record of 24-6-0 (12 KO) and will be taking on Jamie Bates at Glory 54: Birmingham Superfight Series on Saturday 2nd June.

Tickets are available now from any fighter on the card or www.liverpoololympia.com