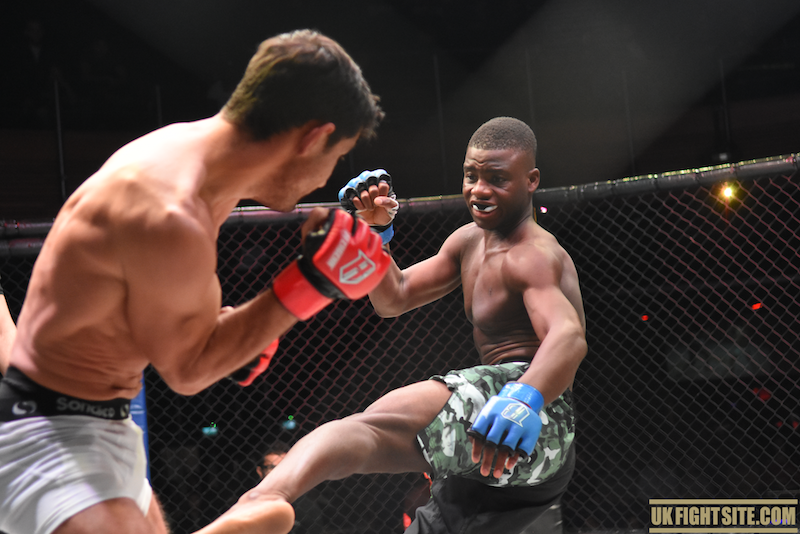 Two undefeated prospects Festus Ahorlu and Farid Basharat will meet for the UCMMA Bantamweight title at UCMMA 60 on Sunday 8th September at the Troxy in London.

Festus Ahorlu (2-0) picked up the first two wins of his professional career against Will Cairns and Adrian Valean in MTK MMA. The Pound-for-Pound product went 7-1 as an amateur where he held Featherweight titles in WCMMA and Lion Fighting Championships. Ahorlu has shared the cage with some of the best up-and-coming fighters like Lone’er Kavanagh, Kingsley Crawford, and William Timmis.

Farid Basharat (3-0) trains out of the London Shootfighters gym under the tutelage of Paul Ivens and Alexis Demetriades. Farid trains alongside his talented brother Javid Basharat, Michael Page and Mike Shipman. Basharat is undefeated since joining the professional ranks last year. The Afghan-born fighter was also undefeated as an amateur in the Battle Arena, Rise of Champions and Fightstar Championship promotions.