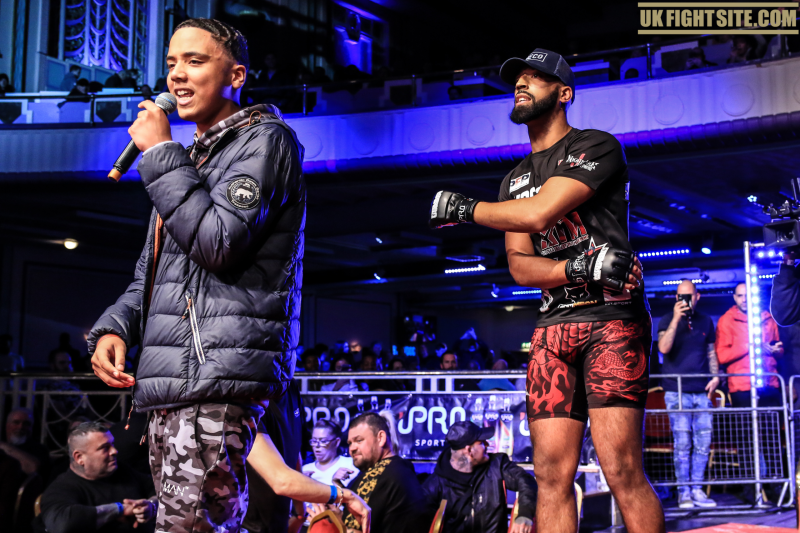 UCMMA 61 was a fast and furious night filled with first-round finishes and title bouts on Sunday night at The Troxy in East London. Promoter Dave O’Donnell put together an exciting card that showcased some of the best up and coming talent in the UK. 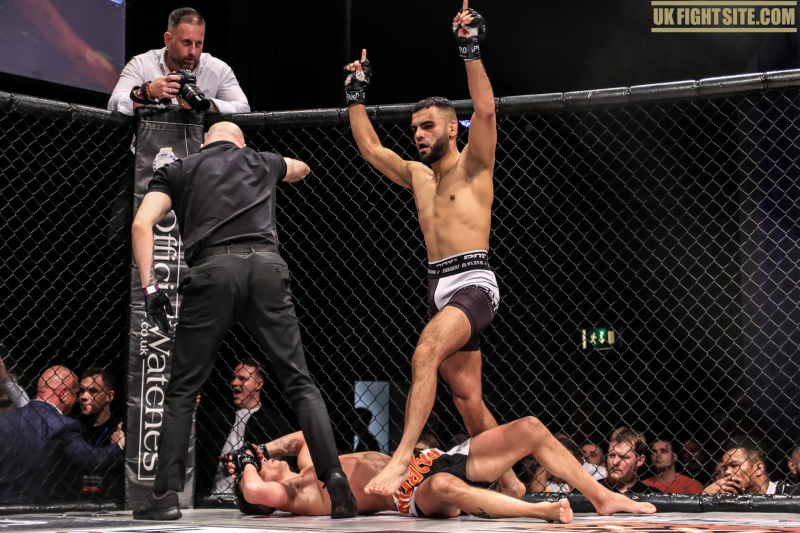 Fusion FC Welterweight champion Jahreau “The Nightmare” Shepherd (5-2) captured his second professional title of the year by stopping John Jasinski in the second round to become the UCMMA Super Fight champion. Shepherd was scheduled to make his Cage Warriors debut against Jamie Richardson at CW: Unplugged 2 before Richardson pulled out due to injury. Hopefully, Cage Warriors look to get this fight rebooked for 2020 or at least get The Nightmare on UFC Fight Pass. 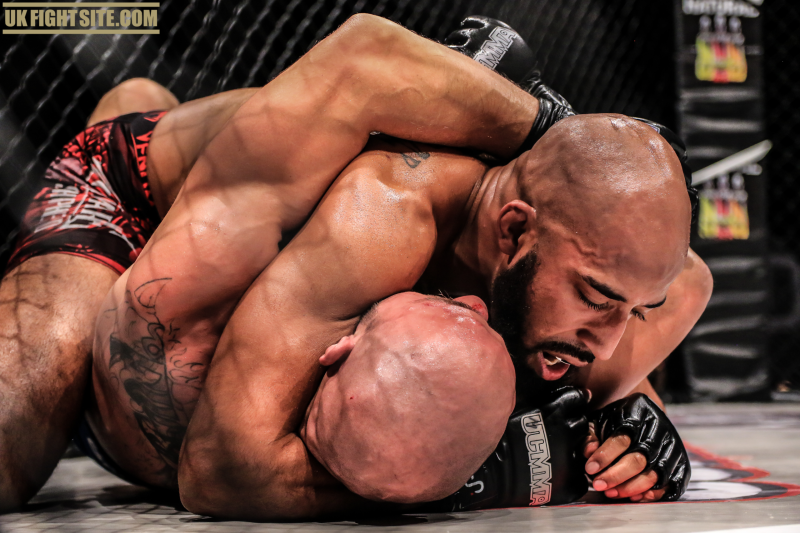 Jahreau Shepherd in control on the ground – Photo by Natalia Rakowska

Reuben “Little Narstie” Lindo captured his first amateur title with a highlight reel head kick knockout of Gary Ellison in the first round. Little Narstie improves to 7-1 as an amateur and proved that his Karate skills are not to be taken lightly.

Kayne “Killswitch” Isaac submitted the previously undefeated James Hitchcock in the first round with a nasty reverse armbar in the first round to become WCMMA Bantamweight champion. Isaac was fresh off a stunning 11-second KO win against Billy Clarke at Shock N’ Awe 30 last month, where he won the Shock N’ Awe Amateur Flyweight title. Isaac improved to 6-0 and expressed interest in fighting FSC Flyweight champion Muhidin Abubakar (9-2) in a massive amateur fight. 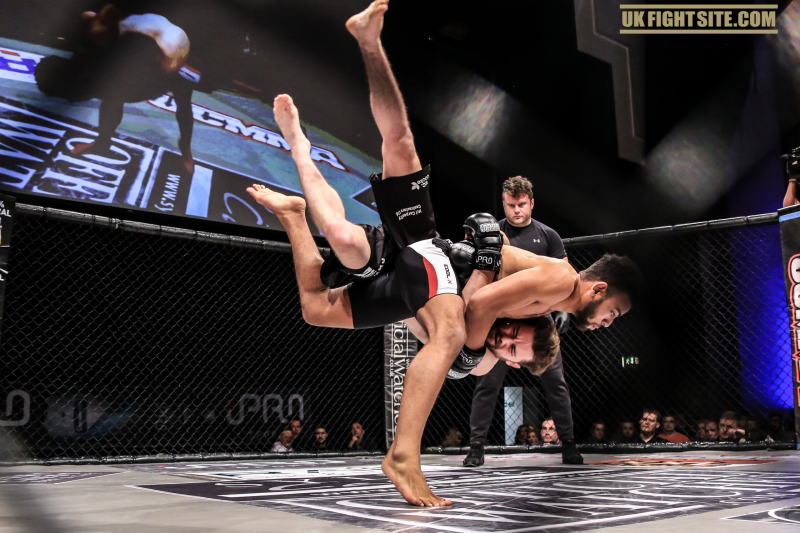 Team Underground put on another impressive performance
Team Underground followed up their clean sweep at Cage Warriors Academy South East by going 7-1 at UCMMA 61. The team walked away with 6 impressive first-round finishes and 3 title belts. Harry Keane submitted Jason Collins with a rear-naked choke in the first round to capture the UCMMA Flyweight title. Jack Collins survived David Relph’s relentless attack to secure a slick heel hook in the first round to win the UCMMA Super Fight title. Jahreau Shepherd was also representing Team Underground when he stopped John Jasinski to win the team’s first title of the night.

David Cooke joined the family business and made his amateur MMA debut against Steve Eskine. The 16-year-old Muay Thai specialist wasted no time using his clinch game to control Eskine and land a nasty knee that sent his opponent to the canvas before the referee stepped in and stopped the onslaught. Team Underground coach Steve Cooke followed his son’s success and improved to 2-0 with a dominant first-round stoppage win despite suffering a broken nose. Robert Collins improved to 2-0 with a ground and pound victory over Jake Watkins in the first round. Paul Farrugia submitted Liem Jones in the first round with a rear-naked choke. UCMMA promoter Dave O’Donnell announced on his Facebook stream that Farrugia expressed an interest in challenging Faisal Malik for his title. 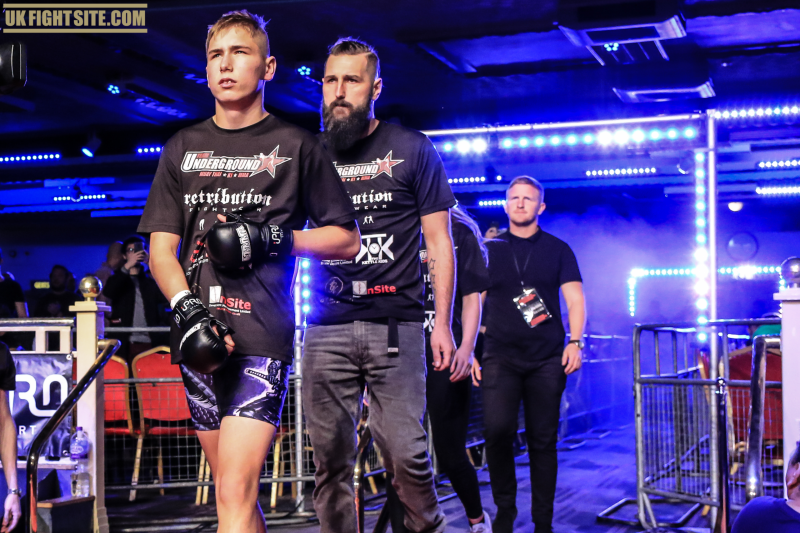 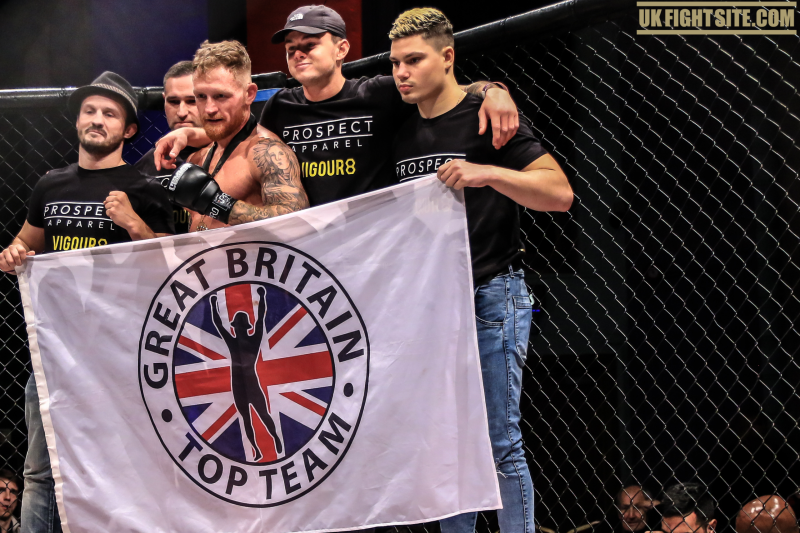