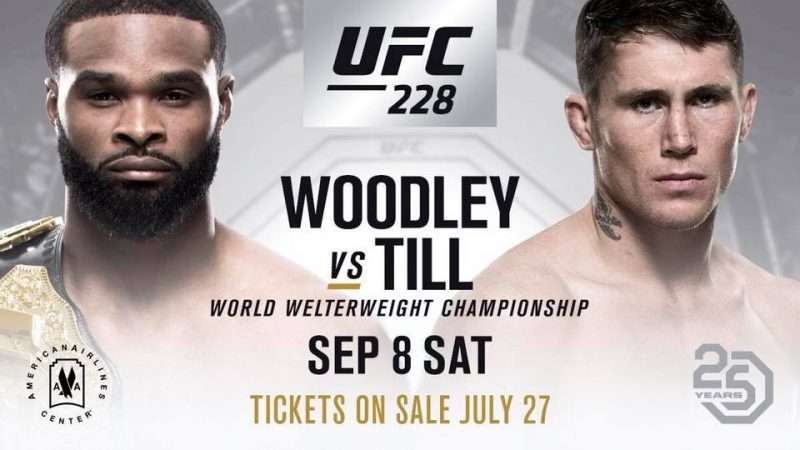 UFC welterweight champion Tyron Woodley will defend his title against Darren Till on Saturday 8th September at the American Airlines Center in Dallas, Texas.

Tyron Woodley (18-3-1) was originally linked to a fight with interim UFC welterweight champion Colby Covington at UFC 228. Covington is currently on the sidelines after undergoing nasal surgery. Woodley successfully defended his title against Stephen Thompson and Demian Maia in 2017 before undergoing surgery on his shoulder.

Darren Till (17-0-1) defeated Stephen “Wonderboy” Thompson in his homecoming at UFC Fight Night Liverpool in May. Till defeated Thompson via unanimous decision despite missing weight for the main event bout.