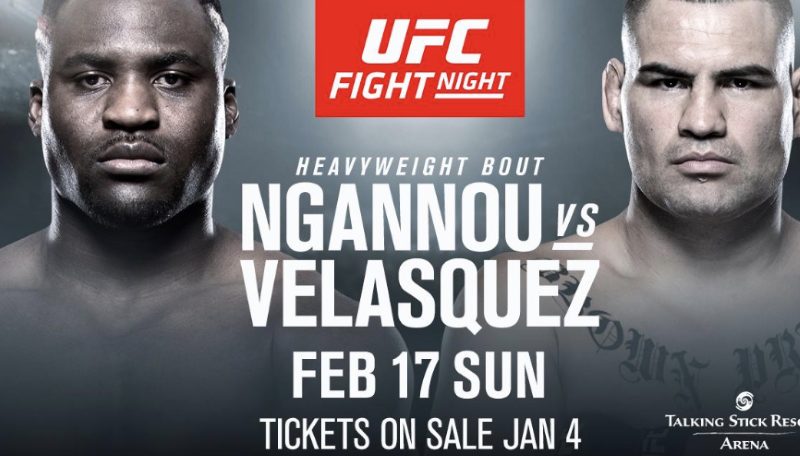 Main Event: Francis Ngannou vs. Cain Velasquez
Francis “The Predator” Ngannou (12-3) returned to form with a quick knockout of Curtis Blaydes in November after suffering two losses in a row. Ngannou took just 45 seconds to brutally stop Blaydes in the Performance of the Night at UFC Fight Night in Beijing, China. The Frenchman worked his way into title contention after winning six fights in a row under the UFC banner. Francis picked up first-round knockouts of former UFC heavyweight champion Andrei Arlovski and former Strikeforce heavyweight champion Alistair Overeem before receiving his own title shot. Ngannou was defeated by the then UFC heavyweight champion Stipe Miocic, who controlled the fight over the course of five rounds at UFC 220.

Cain Velasquez (14-2) hasn’t fought in the Octagon since his win against Travis Browne at UFC 200 in 2016. The former champion stopped Browne in the first round and earned himself the Performance of the Night bonus in the process. Velasquez dropped the heavyweight title to Fabrício Werdum at UFC 188 in 2015. Werdum caught Velasquez in a guillotine choke in the third round for the submission victory.