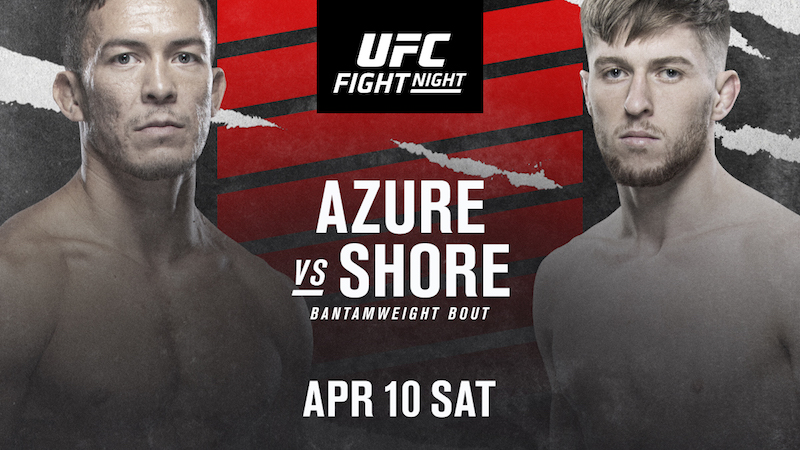 The undefeated Jack “Tank” Shore (13-0) has continued to impress since joining the promotion with two submission victories. The Welshman made his successful debut against Nohelin Hernandez at UFC Fight Night: Copenhagen in 2019. Shore submitted Hernandez with a rear-naked choke in the third round and won $50,000 in bonus money for Performance of the Night. The former Cage Warriors champion followed up with a second-round submission win against Aaron Phillips at UFC on ESPN: Kattar vs. Ige on Yas Island in Abu Dhabi. Tank has finished 12 of his 13 opponents in his professional career.

Hunter Azure (9-1) earned his UFC contract with a win against previously undefeated Chris Ocon on Dana White’s Contender Series in 2019. Azure picked up his second win in the octagon against Brad Katona via unanimous decision at UFC Fight Night: Cowboy vs. Gaethje. The Fight Ready representative suffered his first loss when he was knocked out by Brian Kelleher in the Fight of the Night at UFC Fight Night last May. Hunter was able to rebound with a unanimous decision win against Cole Smith in September.