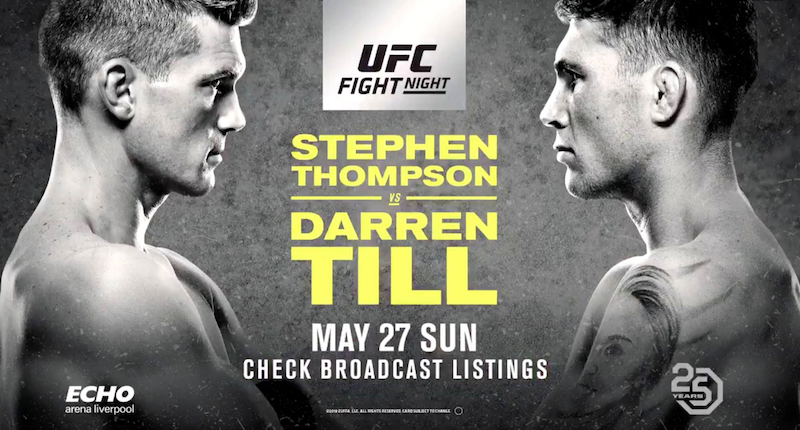 The Welterweight clash between Darren Till and Stephen “Wonderboy” Thompson headlines the UFC Fight Night card on Sunday 27th May at the Echo Arena in Liverpool.

Darren Till (16-0-1) is currently ranked No. 8 in the welterweight division and an impressive win against former title challenger Stephen Thompson will move him up the ranks. The Scouser scored the biggest win of his career when he stopped Donald Cerrone in the first round at UFC Gdansk last October. The undefeated Till is a product of Team Kaobon in Liverpool and Astra Fight Team in Brazil. The Scouser has gone 5-0-1 and picked up two post-fight bonuses since joining the UFC in 2015. Stephen Thompson (14-2-1) is coming off a unanimous decision win over Jorge Masvidal at UFC 217 last November. Wonderboy failed to dethrone UFC welterweight champion Tyron Woodley on two occasions. The 35-year old fought Woodley to a majority draw at UFC 205 and lost a majority decision in the rematch at UFC 209.