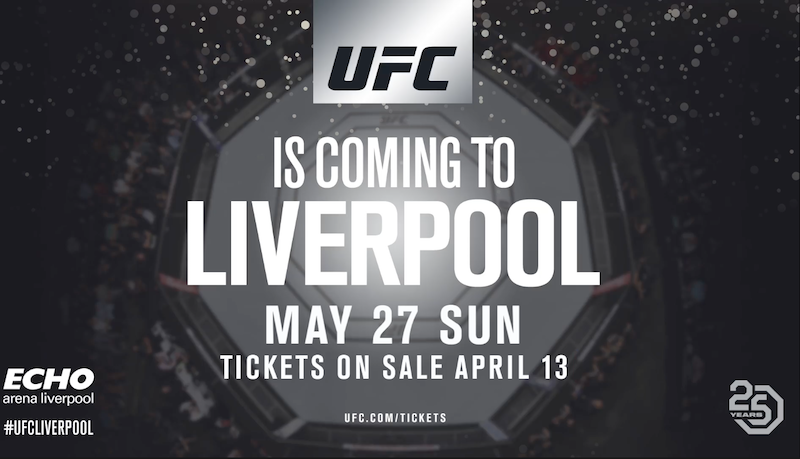 The UFC announced it will make its debut in Liverpool on Sunday 27th March at the Echo Arena. The card will be headlined by Liverpool’s new MMA star Darren “The Gorilla” Till.

Till (16-0-1) headlined his first UFC card last year against Donald “Cowboy” Cerrone in Gdańsk, Poland. The Gorilla stopped the extremely durable Cerrone in the first round and earned himself Performance of the Night. The undefeated Till has been linked to potential bouts with Stephen “Wonderboy” Thompson, Gunner Nelson and Mike Perry.

Two bouts have been announced for the UFC Liverpool undercard. Dan Kelly is scheduled to face off against Birmingham’s Tom Breese in the Welterweight division. Elias “The Spartan” Theodorou will meet Trevor “Hot Sauce” Smith at Middleweight.

You can sign up at Fight Club to receive an exclusive pre-sale code before tickets go on general sale.