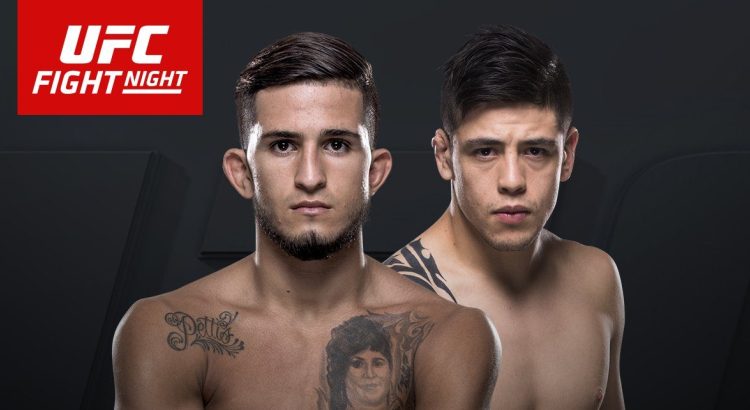 Sergio Pettis will look to get into Flyweight title contention when he takes on Brandon Moreno in the main event on Saturday 5th August at Arena Ciudad de México in Mexico City. Pettis is currently on a three fight winning streak with two of those wins coming over former flyweight title challengers John Moraga and Chris Cariaso. Moreno was last seen at UFC Fight Night 108, where he choked out Dustin Ortiz with a rear naked choke. The submission victory earned him the Performance of the Night award and $50,000 in bonus money.

Randa “Quiet Storm” Markos meets Mexican prospect Alexa Grasso in the co-main event. Markos scored the biggest win of her career at UFC Fight Night 105 when she defeated former UFC Women’s Strawweight champion Carla Esparza via split decision. The TUF 20 veteran Grasso will be fighting to get back into the win column after suffering her first professional loss against Felice Herrig at UFC Fight Night 104 in February.