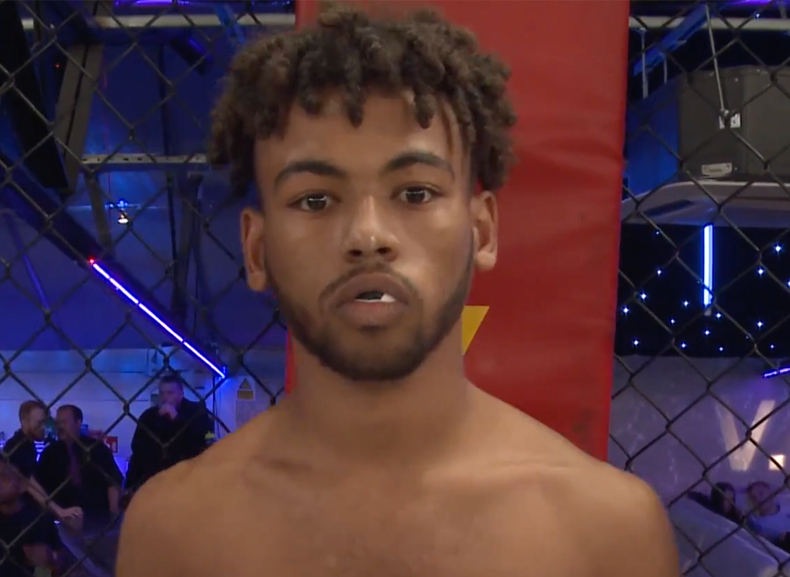 The undefeated Kayne Isaac has signed with Martin Ireland and Danny Beevor’s Alpha Talent Management. The submission specialist has finished all of his amateur bouts by submission and competed in the IBJJF, NAGA and TUFF organisations. The 18-year old is already a champion in the grappling world with international experience competing overseas. 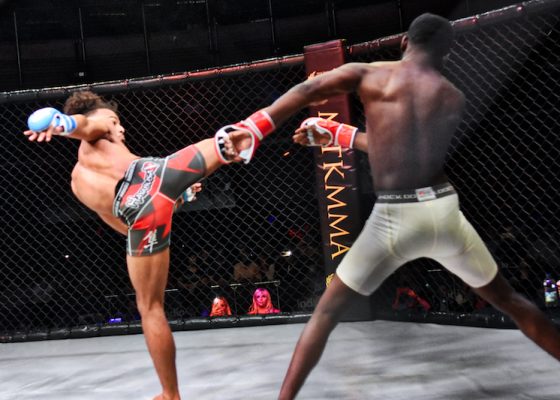 PM: Tell me about your Brazilian Jiu-Jitsu career
KI: I was Pan-Am champion and ranked number one in the world. I’ve won European titles and multiple British titles, you name it, I’ve already won it. I’ve competed in Tuff Grappling Challenge for super fights. I did the Pan-Ams in America and I fought the NAGA Europeans in France. I’ve also fought in Wales and Scotland.

PM: How did you hook up with Alpha Talent Management?
KI: Well, I’ve been a good mate of Danny and Martin for a little while. I’ve known them since I was growing up and they’ve been close friends. So we got in through them.

PM: You’re fighting Tommy Clark on the Shock N’ Awe 28 card this weekend. How do you feel you match up against him?
KI: I think he’s a good matchup but I don’t think he’s ready for what’s coming for him to be honest. I’ve been training hard and quit my job. So I’m just training in the morning and in the evenings. I go to the gym in the day. I’m always running and keeping fit. I feel like I’m improving every day now and this is what I want to do for the rest of my life.

PM: How did you meet your coach Chris Garnett?
KI: Chris taught me at the Combat Sports Academy and I met him when I was about 10. He moved to start his own gym and I came over with him. He helped me quite a lot actually and I found that my striking has improved over the last 4 or 5 months. He’s always been a close family friend and brother to me.

PM: How was your experience on the MTK MMA card last month?
KI: It was alright. I was meant to fight Humza Raja at first and it was meant to be at my weight at 61 but he pulled out on the day. He didn’t make weight and he didn’t really want to fight me on the day so he didn’t turn up. They put Dontel Forrester in and he was 12 kilos heavier than me on the day. He was 3 or 4 weight categories above me but it was a big show and I was quite confident. I didn’t really care who they chucked in front of me.

PM: Alpha Talent Management is behind the Savage Squad and Pound for Pound gym. Do you link up with them for some sparring?
KI: I’ve sparred with them a few times and I’m looking forward to getting some sparring done early next year. I’ve been speaking to Danny and they have a lot of talent over there.

PM: When do you plan on going professional?
KI: I’d like to go pro in the next 2 to 3 years. I’m not rushing anything. I just want to keep improving so when I turn pro, I’m ready to go straight to the top. I feel like I’m going to keep training with my coaches until I’m ready to go forward and pick up a few amateur titles next year. I want to compete abroad for another title like an amateur or European title. I think the IMMAF world championships are next year. That’s always been my aim and I would be really interested in that.