Perry McMahon sat down with Darren Chan and Steven Taylor to discuss the launch of Undisputed UK and their Junior Fight Series on Saturday 17th November at The Phoenix Centre, Wallington. The promotion will be holding MMA, Muay Thai, Boxing and K1 fight cards throughout 2019.

The team has also put together a great training facility at 87 Fitness in Purley. MTK MMA World Middleweight Champion Dan Vinni has just joined the team to teach the MMA classes.

87 Fitness (Taken from wwww.undisputeduk.com)
87 Fitness & Fight Centre (previously known as the renowned and original Fight Factory) was the brainchild of Darren Chan and started in 2004. Darren, a multiple World Level competitor in a range of Martial Arts disciplines with a highly regarded background in Personal Training sought to bring together all the Martial Arts under one roof and create one of the first true Multi-Disciplined Martial Arts centres in the UK. The concept and reputation of the gym grew quickly and among some of the top combat athletes to get involved were Jimi Manuwa (current UFC ranked 6th Light Heavyweight Contender), Ricardo Di Silva ( owner of the Nova Forca Academy), Scott Jansen (Cage Rage veteran), Alexander Reid and Wayne Alexander just to name a few. The gym grew from strength to strength as it became apparent that the meticulous detail paid to training, preparation and execution was delivering results.
It was not long before Darren’s reputation came to the attention of Adam Booth & David Haye, and Darren was asked to join Booth Boxing & Hayemaker Boxing with the intention of setting up and overseeing training camps in New York, Monaco, Las Vegas, and Miami. After several successful years with both organisations, Darren returned to the UK and settled into family life with His wife Emma and his children.
It was not long before Darren realised that his passion for personal training and helping people reach their goals reignited his plans to re-open the gym and 87 Fitness& fight centre was opened on the site of the previous Fight Factory. With an ever growing list of classes and having had the likes of David Haye, George Groves, Mike Perez, and Ryan Burnett frequent the gym to spar it has cemented its place as one of the top gyms in London.
With a new business partner on board, Steven Taylor, a former student and the opening of a gym shop with merchandise, refreshments, a new coaching team, and a fight promotions brand, Undisputed UK, supporting the gym, the only way is up! 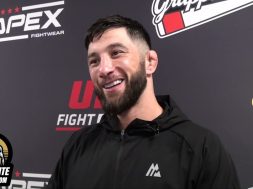 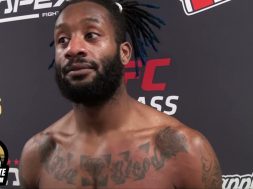