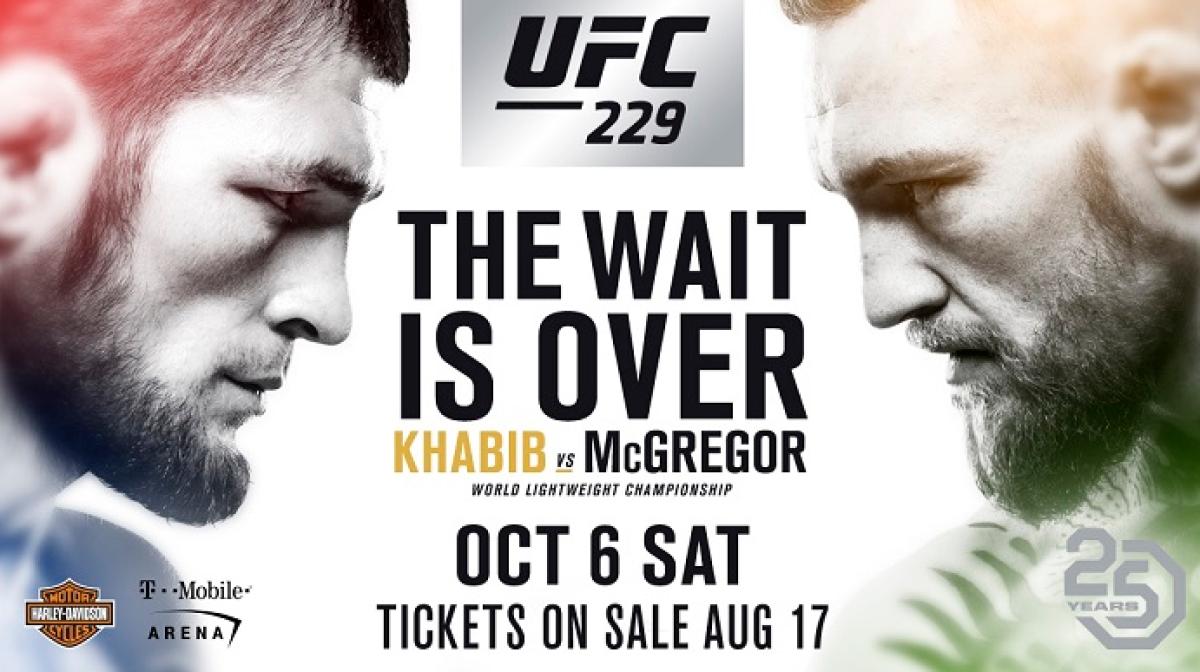 Was the aftermath of UFC 229 inevitable?

On 6 October 2018, the T-Mobile Arena in Las Vegas hosted UFC 229 for a night of exciting fights, which culminated in Khabib Nurmagomedov defending his Undisputed Light Weight title against Conor McGregor. Despite a dominant performance that saw Nurmagomedov retain his belt, extending his perfect MMA record to 27 wins, UFC 229 will be remembered for the action outside of the Octagon. Following his win by submission, Nurmagomedov threw his gum shield toward McGregor’s corner, scaled the cage, and then – living up to his nickname The Eagle – flew into the crowd feet first to attack McGregor’s jiu-jitsu coach Dillon Danis. After this, all hell broke loose, with three members of Nurmagomedov’s also team jumping into the Octagon and exchanging blows with McGregor.

The Nevada State Athletic Commission (NSAC) has been analysing the scenes that marred UFC 229, and on 24 October 2018, they will announce the next steps they will take. The possible punishments for both fighters are far-ranging, so this saga is far from over.

UFC 229 is certainly not the first time the animosity between fighters has spilled over into violence outside of the Octagon. Examples of these altercations throughout the history of the organisation have taken place at fight nights, press conferences, and face offs; but never to the same scale as UFC 229. Rivalries between fighters that are spawned from genuine hostility and hatred have led to some of the best UFC main events in the past, and as MMA has become more mainstream, the requirement of a fighter to be able to throw insults, as well as punches, is becoming a necessity to promote their fights too.

While we admire the skill of MMA fighters and delight in matchups that showcase different fighting styles as they vie for supremacy…ultimately the purpose of the UFC (and all MMA fighting championships) is selling tickets for the purpose of entertainment. Fight cards are determined by what the fans want to see, and if the feedback from the fans is that they’re not getting what they want (i.e. they won’t purchase tickets), the card changes; most recently this has occurred with UFC 230. So the hype train that precedes a fight now plays a huge part of the matchmakers’ decision-making process, and if a fighter can help this train along with trash talk in entertaining press conferences, then they’ll gain more opportunities to progress their career. Therefore modern MMA fighters have a dual role, part entertainer, and part martial artist; while some thrive in front of the press and recognise the opportunities it can provide, others do not, preferring to maintain the tradition of respect being shown between martial artists.

Ultimately we must never forget that what is entertainment for us as fans is the livelihood of the fighters that risk their health to perform in the Octagon. So we have no right to judge what fighters choose to do to progress their careers as long as it’s within the rules/expectations of the fight game! Not all fighters get the big paydays of fighters like McGregor and Nurmagomedov, so they’re justified in attempting to increase their odds of being part of a big payday by proving their ability to trash talk to entertain, or calling out other fighters to create intriguing rivalries. The pantomime of UFC 226 is an example of how the UFC has evolved along these lines when Daniel Cormier called out Brock Lesnar following his victory over Stipe Miocic to become Undisputed Heavy Weight champion. Lesnar then entered the Octagon to confront Cormier and shoved him to promote their potential fight. While Cormier vs. Lesnar might not be the best matchup for a competitive fight, nor is Lesnar at the top of the list of fighters who deserve a title shot; all involved know how financially lucrative it would be as a main event. This trend is also evident in the crossover fight between McGregor and Mayweather, which was certainly entertaining, but not the most competitive fight on pay-per-view. But who are we to judge fighters who choose big money fights, rather than more challenging fights that would enhance their legacy as martial artists. Who can honestly say they would choose a low paid job that was challenging to seek self-improvement, instead of a highly paid one!?

In light of all of the above, who really is to blame for the aftermath of UFC 229? Did McGregor cross the line with his personal insults and go beyond merely promoting the fight via trash talk? Did Nurmagomedov instigate all this bad blood when he confronted Artem Lobov mob handed and slapped him when he took issue with what he had said about him? As Nurmagomedov approached Lobov with his “entourage” in tow, was McGregor justified by reacting in kind with the bus incident? Were the words of McGregor and Danis severe enough to justify Nurmagomedov illegally attacking someone? When Nurmagomedov’s teammates entered the Octagon illegally and McGregor threw the first punch, will this still be deemed as self-defense as Nurmagomedov had already attacked McGregor’s teammate, or will it be viewed in the same light as Nurmagomedov’s attack on Danis? These are the questions the NSAC will need to answer, and I don’t envy their task! In my opinion, the actions on the night should be treated in isolation from the build-up to it. Words should never be used as a justification for violence, as trash talk is part of the psychological warfare of combat sports, and as professionals, both parties should be able to handle this. Nurmagomedov claims that the severity of McGregor’s words justified his actions; although these were personal, other fighters have received similar verbal attacks in the build-up to their fights without resorting to violence outside of the rules of combat sports. Michael Bisping had verbal attacks directed at his family in the build-up to his bout with Jorge Rivera at UFC 127, and Chael Sonnen has made personal jibes and insulted the whole nation of Brazil countless times, yet all of the fighters involved in these examples settled their rivalries within the Octagon. The worse act in the build-up to UFC 229 was when McGregor threw the loading bay dolly at the bus, but as this was dealt with by the police and McGregor is in the process of being sued, I would argue that while this adds context to the UFC 229 melee it should be treated as a separate incident when deciding their punishments. The UFC themselves need to take some responsibility for the UFC 229 melee too when they made the decision to include footage of the bus incident in their promo videos because it was “part of the story” for their fight, as this normalises the behavior.

There are countless interpretations and justification for the scenes millions of people witnessed at UFC 229, which is why I don’t envy the NSAC. Nevertheless, I can’t wait to find out what actions they will take as this saga continues! Although one thing I’m sure most people will agree on is that Nurmagomedov had it all – the biggest night of his career, the biggest payday of his career; he had dominated McGregor throughout the fight, he had forced him to tap – and then he threw it all away when he scaled the cage. In that single moment, Nurmagomedov punished Nurmagomedov more than the NSAC ever can. In the build-up to the fight Nurmagomedov said he would do his talking in the cage, which he did, and when he leapt out of the cage to fight McGregor’s teammates single-handed he proved he was no coward! But there is still one question that remains unanswered regardless of your view of what happened, and that’s how this will affect the legacy of both fighters, and only time (and the NSAC) will be able to answer that…